EP 116: Dave Schiffman: How to Rise up the Ranks as an Engineer 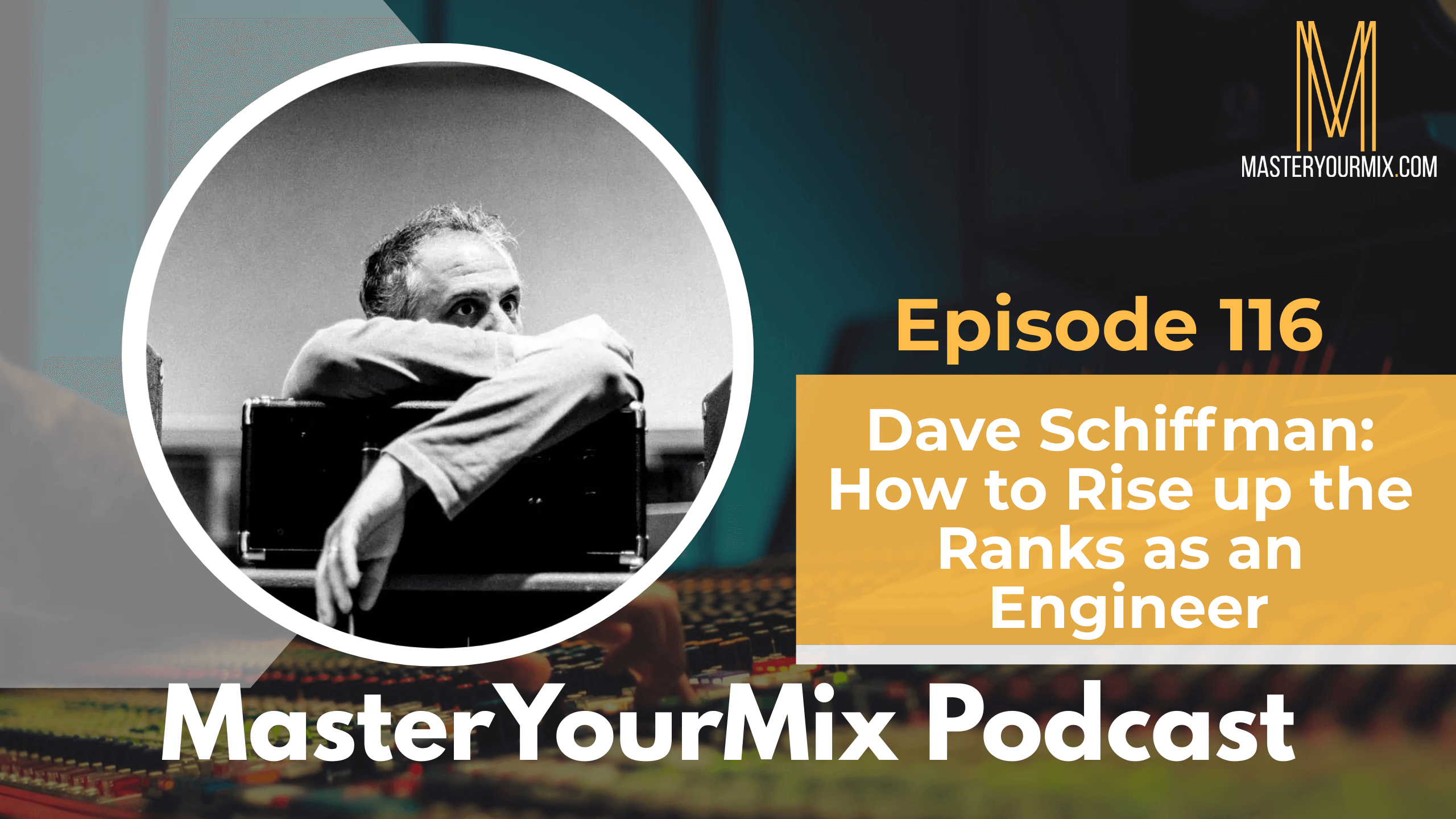 Grammy Winner and Multi–Platinum selling producer, mixer, and engineer came up the ranks as Rick Rubin’s engineer. Together they produced monster hits such as Red Hot Chili Peppers’ ‘Californication’, System Of A Down’s ‘Toxicity’, which reached # 1 on Billboard, certified double platinum, and earned multiple awards and nominations. They also produced ‘Hypnotize’ which once again hit Billboard #1 and led the band to be the first-ever rock outfit to have two #1 LPs in one year.

Dave’s production and mixes have topped the charts recently with The Strumbellas Hope from which the single ‘Spirits’ hit #1 on the Billboard Alternative charts, took home the Juno Award for Single of the Year (2016), received an iHeart Radio’s Best New Artist nomination, and won Much Music’s Best Alternative Video.

Dave produced Pup’s 2019 ‘Morbid Stuff’ which debuted #1 on multiple Billboard charts including Rock, Heatseekers, Alternative, and Independent Albums – it also landed at #14 on Billboard top 200 charts. The album went on to be shortlisted for the prestigious Canadian Juno Award for Album of The Year.

Dave has also worked on Smashing Pumpkins’ latest album CYR, The Killers’ critically acclaimed LP Imploding The Mirage, Grammy Award-winning album Father Of The Bride by Vampire Weekend, and Haim’s Days Are Gone, which reached #2 on both the Billboard top Rock and Alternative charts.