EP123: Steve Genewick – How to be Prepared for the Studio 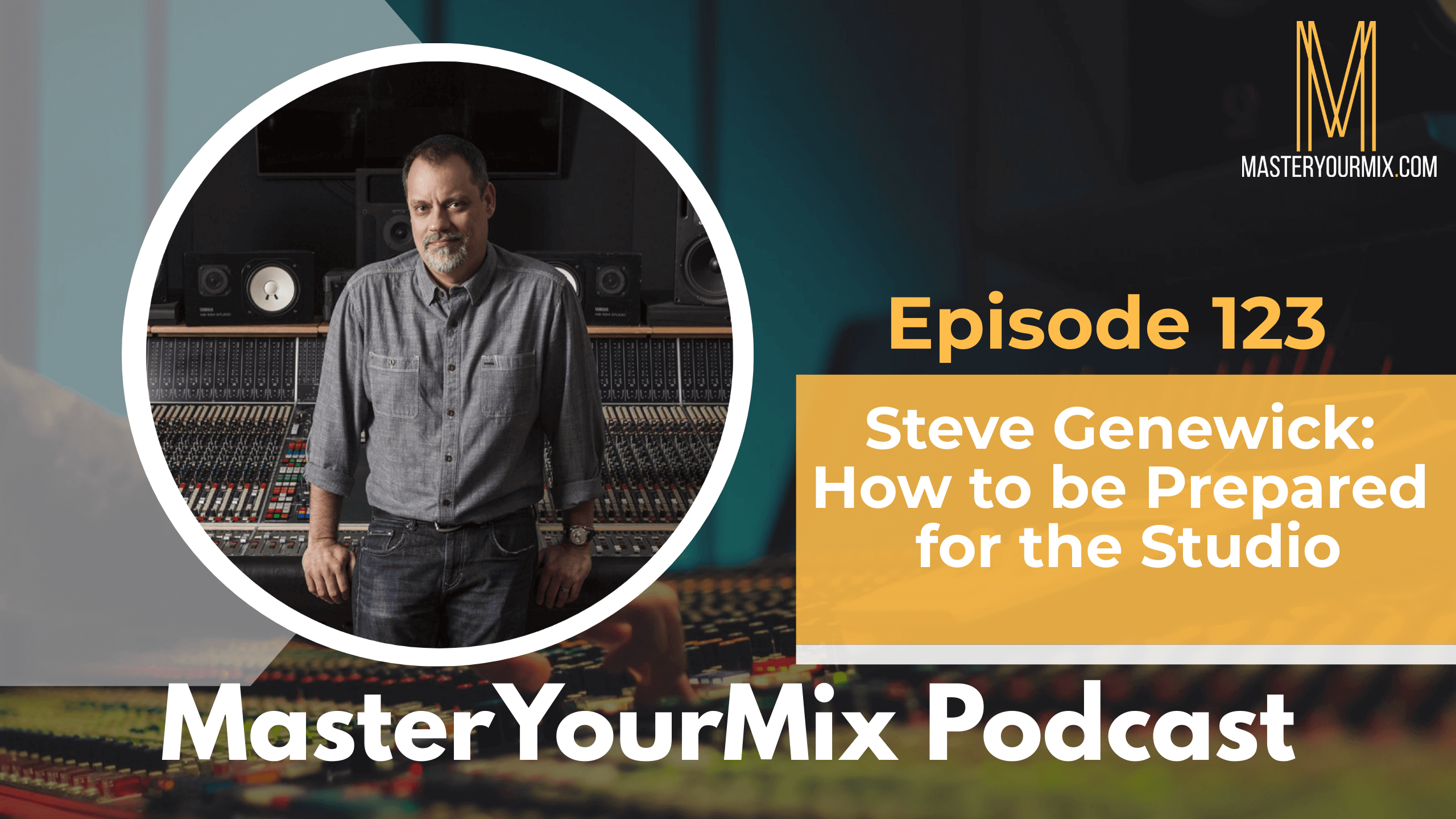 Grammy nominated recording engineer Steve Genewick has thirty years of experience, both as a studio and live recording and mix engineer. He has had the pleasure of working at legendary recording studios around the world such as Capitol Studios, United Recording, Village Recorders in LA, Abbey Road Studios in London, and La Fabrique in France.

Steve has worked primarily out of Capitol Studios as a staff engineer since 1994. At Capitol Studios he has worked with countless artists such as Elton John, Bastille, and Trisha Yearwood. Steve was also amongst the first of studio mixers to begin mixing music in Dolby Atmos, working with artists such as Beck, Gregory Porter, LL Cool J and Nial Horan and on the popular video game Apex Legends. In 2017 he received the Pensado Award for Best Recording Engineer, and he was a part of the Universal Audio and Capitol Studios Team that won a TEC Award for the Capitol Chambers plugin at the 2020 NAMM Conference.

For the last 20 years, Steve has had the great honor of collaborating with 23 time Grammy award winning engineer/producer Al Schmitt, working with artists such as Diana Krall, Chris Botti, Gladys Knight, Neil Young, George Benson, Quincy Jones, Burt Bacharach and Paul McCartney. Steve has also joined Al for Mix With the Masters seminars for the past seven years in addition to their collaboration on their instructional film “The Art of Recording a Big Band”.

When not working at Capitol, Steve works independently at numerous major recording studios in Los Angeles or at his home mixing studio. He has had the pleasure of working with the best in the business, and has always delivered to the highest of standards.