EP 62: How To Make Your Songs Connect With More People (With Matt Wallace) 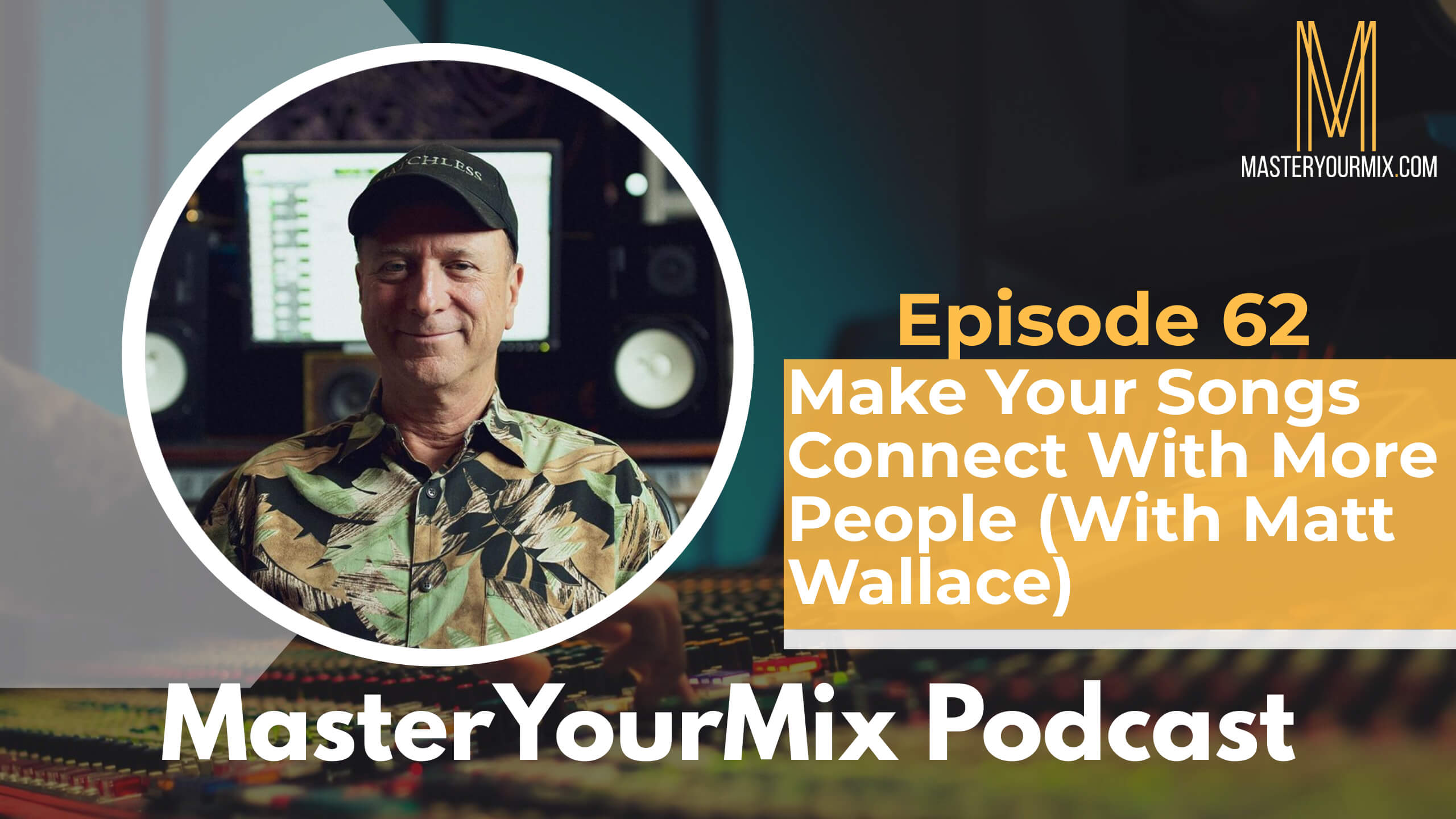 Matt Wallace is an American record producer. Best known for his work with David Baerwald, Faith No More, Maroon 5, O.A.R., The Replacements, and Train.

Wallace has produced most of Faith No More’s most iconic recordings, including We Care a Lot, their debut album on Mordam Records. He produced and mixed their breakthrough album, The Real Thing, which featured the hit song, “Epic.” He produced Angel Dust, named the #1 most influential album of all time by Kerrang!. In 2015, he joined the band again to co-mix their album, Sol Invictus. The album debuted at number 1 on the Billboard Hard Rock Album chart.

Wallace produced and mixed Songs About Jane, the debut album for Maroon 5, including the Top 40 hit singles “Harder To Breathe,” “This Love,” “Sunday Morning,” and “She Will Be Loved.” The album has sold over 10 million copies worldwide, and won a Grammy Award for “Best New Artist” in 2005.