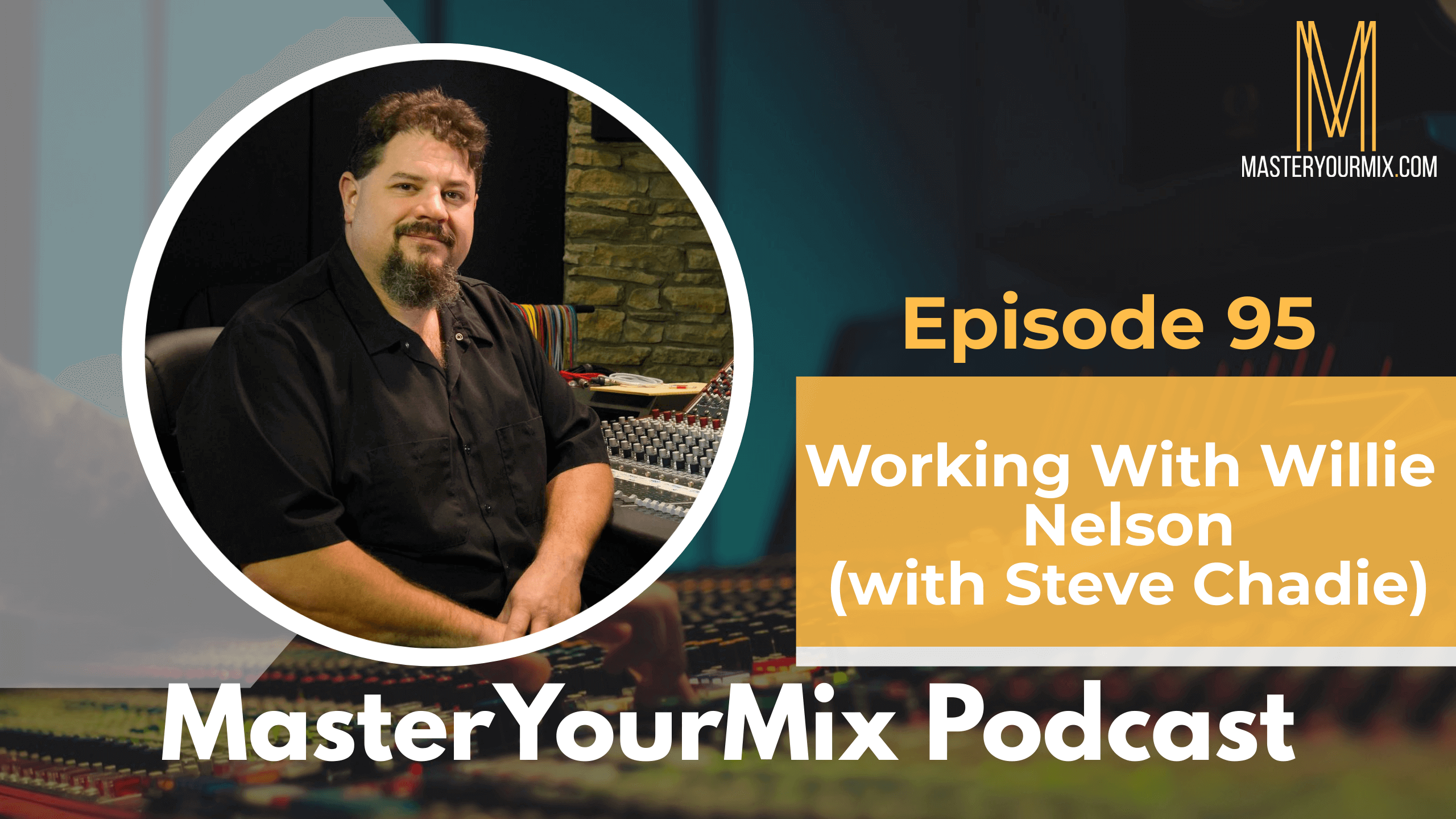 Steve Chadie, a 25+ year veteran of the recording industry, began his career as an intern at Willie Nelson’s Pedernales recording studio in 1995, quickly working his way up to Assistant Engineer for Larry Greenhill.

He stayed on at Pedernales until the doors closed commercially in 2012. He still records Willie Nelson at the facility, however, including vocals and guitar on “Last Man Standing”, “My Way” (for which he received a Grammy for Best Traditional Pop Vocal Album), “God’s Problem Child”, “Willie Nelson and The Boys”, and “Summertime -Willie Nelson sings Gershwin”.

Most recently, Steve co-produced “The Willie Nelson Family”, a collection of songs done with his band in March 2019 and with his immediate family at the beginning of the pandemic in April 2020.

Other credits with Willie include tracking engineer on “Heroes”, “Let’s Face The Music And Dance”, “Django And Jimmie” (Willie’s collaboration with Merle Haggard in 2015) and mixing on “December Day”, a collection of work he recorded with Willie and his sister Bobbie in between touring on impromptu sessions that date as far back as 2004.

Steve has been awarded a double platinum record for Los Lonely Boys “Heaven” and was nominated for a Grammy for the song “Heaven”, as well. He has recorded and/or mixed five Los Lonely Boys records since their debut release.

– How to get artists to keep hiring you

– Why you should always be “rolling” when in the studio

– Riding vocals as you record them

– Recording brushes on a drum kit

– How to record acoustic guitars

– Mono vs stereo recording techniques on guitars: When and where to use them

– Experimenting in the studio without slowing down a session