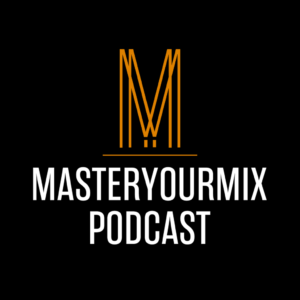 When it comes to learning how to treat your studio for optimal sound, look no further than Jesco Lohan. He runs the website AcousticsInsider.com, where he teaches acoustic treatment techniques that actually work without all the voodoo so you can stop chasing your tail, stop thinking about sound, and get back to just having fun in […]

Dean Nelson is an engineer, mixer, and producer who, in his time, has assisted some of the biggest engineers in the industry (Jack Joseph Puig, Mark Trombino, Neil Avon). He’s also worked alongside major artists such as Beck, Evanescence, Rolling Stones, The Ataris, and more. IN THIS EPISODE, YOU’LL LEARN ABOUT: Working with Jack Joseph […]

Marc McClusky is a multi-platinum award winning producer, mixer, and engineer who has worked on countless rock records. His credits include bands like Weezer, Motion City Soundtrack, Bad Religion, Everclear and a bunch more. When it comes to the importance of getting great drum sounds, Marc is an expert at this. In fact, he recently […]

Joao Carvalho is a Grammy nominated mastering engineer who has worked with artists such as Protest The Hero, Alexisonfire, Lights, Sloan, and many more. When it comes to someone who understands how to make masters that translate across multiple sets of speakers, no one knows this better than him. IN THIS EPISODE, YOU’LL LEARN ABOUT: […]

Nick Raskulinecz is one of the biggest names in rock music today. He is a Grammy award winning producer and engineer who has worked with superstar bands such as Foo Fighters, Rush, Deftones, Alice In Chains, Mastodon,Stone Sour, and many more. In this episode, he shares his story from interning to recording some of the […]

Sylvia Massy is one of the most creative engineer/producers in the world. Her fun, innovative and experimental approach to recording has led to her working with major artists such as Tool, System Of A Down, Prince, Johnny Cash, and more. She has been awarded over 25 gold and platinum records, including several Grammy nominated albums. […]

In this episode, I’m interviewing Richard Chycki. He has worked with artists such as Rush, Dream Theatre, Pink, Aerosmith, Mick Jagger, and a whole bunch more. You don’t get to work with artists of this calibre without having the right chops… and Richard has them. IN THIS EPISODE YOU’LL LEARN ABOUT: The Importance of having […]

In this week’s episode, I’m interviewing Noah Mintz. Noah is the owner and senior mastering engineer at Lacquer Channel Mastering. He has mastered projects for artists such as Billy Talent, The Sheepdogs, The Birthday Massacre, The National and so many more. In this episode we really dive deep into understanding the mystery of mastering and […]

EP 14: One Mix To Launch Your Career

In today’s episode, I’m taking a different approach. Rather than the usual Q&A or interview style, I want to tell you a story and share some words of motivation to get you fired up for your future in mixing. IN THIS EPISODE YOU’LL LEARN: The story of my good friend who recently became a #1 […]

In this episode I’m talking with Ian Bodzasi, a mixer, producer, and engineer based out of Toronto, Canada who has worked with a ton of great artists including Katy Perry, Nelly Furtado, Sum 41, D12, Aerosmith, Sam Roberts, and a bunch more. IN THIS EPISODE YOU’LL LEARN ABOUT: Overcoming “demo-itis” Mixing at low volumes The […]